Interview
On the occasion of International Safe Abortion Day Dinah Riese interviewes Alicia Baier and Sophie G. about how they support pregnant people worldwide with drug abortion.
By Dinah Riese

Section 218 has been a topic of intense political debate ever since it was first incorporated in the Criminal Code of the German Empire on 15 May 1871. It has always been one of the most controversial paragraphs in German law, both legally and socially. In 1995, a compromise solution was found, but since then nothing more has changed. To find out why that is so, and work out what can be done about it, it’s worth taking a look back at the history of Section 218.
By Derya Binışık

150 years of Germany’s abortion ban ‒ when will the “green tide” wash over to the other side of the Atlantic?

Commentary
The “marea verde” – the “green tide” – has spread across the whole of Latin America. Can it make waves in Germany too?
By Ni una Menos Berlin

Call to defend sexual and reproductive health and rights in Poland

Student grants if young women prove they are virgin

An introduction to reproductive justice

Reproductive Justice as Concept and Practice

Care economy: transformations of communities, the civil society and state policies in times of quarantine

Analytics
The op-ed has been written by Omid Nouripour together with Manuel Sarrazin. It was first published in Ukrainian on the website of Novoye Vremia media outlet.

Russia is known as a country with a high level of domestic violence. There is no official statistics available, while NGOs concerned with this issue face serious challenges. And now, the Russian legal system has de facto removed an essential protective barrier between assailant and his prey.
By Irina Kosterina 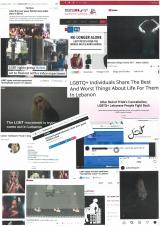 COVID-19: Who cares about trans bodies?